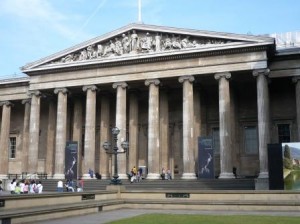 British Museum is perhaps the most famous museum in the world. At least it’s one of the world’s largest and oldest. It was established already in 1753 and was largely based on Sir Hans Sloane’s collections. Hans Sloane was a doctor and a scientist. The museum was opened in its current location six years later.

The museum houses over 7 million artefacts from around the world and different eras. The most valuable ones date from Antiquity or even before that. The emphasis is on very old objects, and there aren’t many on display from the 19th, nor from the 20th century. 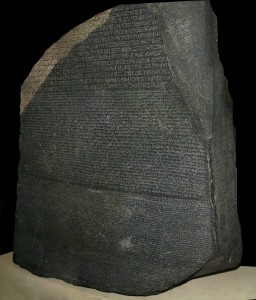 Entrance to the museum is free. No-one should therefore have a reason to complain about price-quality ratio. Since entrance is free, the museum is easy and flexible to visit. As it is impossible to see all such a large museum has in its collections, you can choose a department or two for one day and return another day. It also seems to be a custom to grab something to eat from a nearby store or hotdog cart and go sit and rest on the lawn in front of the museum.  When it’s not raining that is…

The museum’s artefacts are each more famous and valuable than the previous you saw next to it.  At the heights of the British Empire, the Britons “borrowed” and transported the most valuable treasures they stumbled upon back home, where they often ended up in the British Museum collections.

The grandeur of the British Museum is not in the beauty of the objects but in their complete uniqueness.  And in their age, which is ancient. A great example is the famous Rosetta stone, which held the key to unraveling the hieroglyph’s secrets.  The stone shows the same text in three scripts, or languages, and one of them is the ancient Egyptian hieroglyphs, which had remained unresolved till then.